We are now actually in the last days of Herod. He has scourged the palace and the city torturing, killing, and deposing all those who were against him or for anybody else—including his own kin. Nobody wants Antipater to inherit, except Antipater…who has the blood of Mariamne I’s sons on his hands…the true heirs to the throne. It is why there are so many prophecies and why prophecies are so dangerous.

But now Herod was in great pain and humiliation with a body that had developed gangrene and “worms in his privy parts;” and he knew the people saw his afflictions as God’s revenge on him. He asks for a knife to pare an apple and giving a war cry, plunged the knife at his chest. A nephew grabbed it just in time; but Antipater in the dungeon under the palace heard the cry and thought that Herod was dead, and not a minute too soon. He tried to bribe the guard to let him out as he was now, finally, king. The guard, knowing where his bread was buttered, ran first to make sure Herod was really really dead this time. Finding him alive, he told Herod what his son had tried to do…

Hereupon Herod…when he heard what the jailer said, he cried out, and beat his head, although he was at death’s door, and raised himself upon his elbow, and sent for some of his guards, and commanded them to kill Antipater without any further delay…and to bury him in an ignoble manner at Hyrcania. Antiquities of the Jews XVII.VII. [1]

Martyrdom in the Last Days of Herod

The people are on the verge of rebellion and frustrated that Herod just will not die though it is rumored almost daily. Upon another such ill-founded rumor, a certain group took precipitous action:

There was one Judas the son of Saripheus, and Matthias, the son of Margalothus, two of the… most celebrated interpreters of the Jewish laws, and men well beloved by the people, because of their education of their youth…and a report being come t them that the king was dead, this was an addition to the wise men’s persuasions, who incited their disciples to tear down a golden eagle on the Temple put there by Herod… Antiquities XVII.VI.2-4

Matthew, perhaps using Josephus or his source for the passage, also wrote about wise men paying tribute to a newborn son of Mariamne/Mary. But there is a further coincidence in the two stories and in their timing—the Massacre of the Innocents. Again, Josephus…

…the king’s captain of the temple, who came running…and caught about forty of the young men, and bought them to the king. And when he asked them, first of all, whether they had been so foolhardy as to cut down the golden eagle, they confessed they had done so; and when he asked them by whose command they had done it, they replied that it was the command of the law of their country; and when he further asked them how they could be so joyful when they were to be put to death, they replied, because they should enjoy greater happiness after they were dead.  Wars of the Jews 1:XXXIII.3

These young men were the cream of the crop of the youth of Jerusalem–innocents killed by Herod…or as Matthew put it:

Then Herod, when he saw that he was mocked of the wise men, was exceeding wroth, and sent forth and slew all the children…2:16.

These wise men and young men (children) also sound very much like the widow’s seven sons accepting martyrdom in the days of Antiochus Epiphanes. And they fully expected rewards in heaven for doing so. Herod saw himself, though, as the unappreciated Messiah battling his nemesis:

And when the king had ordered them to be bound, he sent them to Jericho, and called together the principal men among the Jews; and when they were come, he made them assemble in the theatre, and…he lay upon a couch, and enumerated the many labours he had long endured on their account, and his building of the temple, and what a vast charge that was to him; while the Asamoneans, during the hundred and twenty-five years of their government, had not been able to perform any so great a work for the honour of God as that was… Antiquities of the Jews XII.VI.3

…ordered those that had let themselves down [to cut down the eagle], together with their rabbins, to be burnt alive; but delivered the rest that were caught to the proper officers, to be put to death by them.  Wars of the Jews I.XXXIII.4

It did not end there…

But as for Herod, he dealt more mildly with others (there assembled); but he deprived Matthias of the high-priesthood, as in part an occasion of this action, and made Joazar, who was Matthias’s wife’s brother, high-priest in his stead. Antiquities of the Jews XVI.VI.4

Remembering that Matthias’s wife was the High Priest’s daughter and therefore sister of Mariamne II and is, according to my theory, “Elizabeth daughter of Aaron.”  (Notice that Luke does not say “daughter of Simon son of Boethus” or even “daughter of the High Priest, as Mariamne II was known, and changes the name of her husband from Matthias to Zacharias…perhaps at the behest of the “most excellent Theophilus” father of Matthias…to whom he addressed his gospel.  Luke 1:3)

But, if Matthias the High Priest was part of the eagle incident, as Herod believed, then Elizabeth and Mariamne II did know about the plot against Herod (for which Mariamne II was divorced by Herod). AND, it does seem to be a good time for “Elizabeth” and her deposed husband the High Priest–with her being pregnant with an heir who could redeem the House of Boethus with a Righteous and Just High Priest (no Herodian blood) as Luke calls Elizabeth–to leave for the hill country…and for the newly betrothed Mary/Mariamne III, recently widowed with the death of her betrothed Antipater…and according to Luke and Matthew to also head for the hills with her…to try to protect their sons with prophecies.

And after those days his wife Elizabeth conceived, and hid herself five months… Luke 1:24

[1]  “I would rather be of Herod’s swine than of his sons” (Macrobius, “Saturnalium Conviviorum Libri Septem,” ii. 4). Jewish Encyclopedia on-line

2 thoughts on “The Last Days of Herod the King” 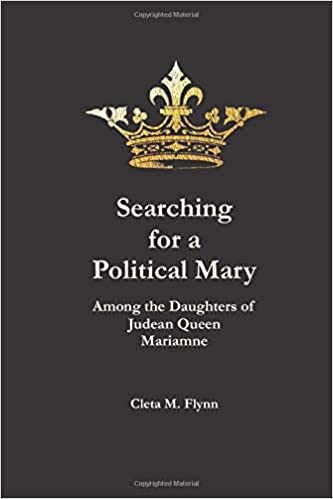 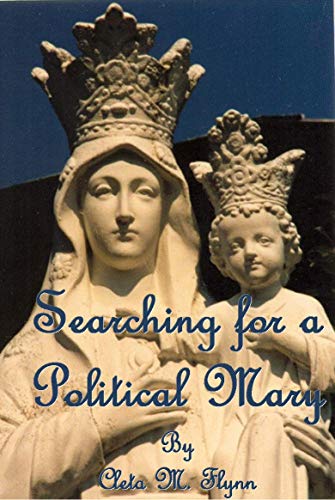